At least four policemen were injured, one critically, and a firearm and a walkie-talkie were snatched from them when Jamaat-e-Islami activists and its student wing Islami Chhatra Shibir clashed with police in Rajshahi city April 1, 2013.

Tens of Thousands of Muslims Praying During Street Rally 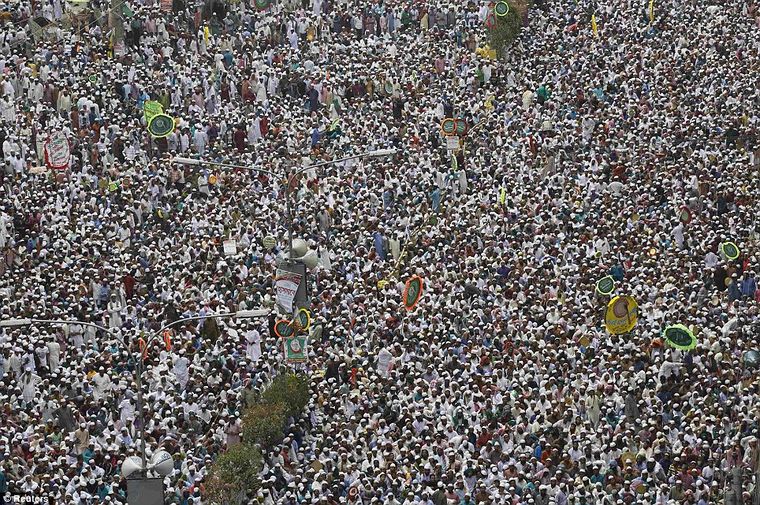