Muslims often propagate obscure natural occurrences as "Islamic miracles". One such claim involves the natural markings on cows and other farm animals.

Name of Allah on a Cow

Muslims claim that the mark on this cow reads "Allah" in Arabic.[1] 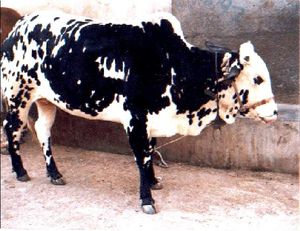 Name of Prophet on a Calf

They also claim the mark on the calf reads "Muhammad" in Arabic. 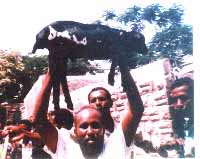 Name of Allah and Prophet on a Cow

There are even claims that the following cow from Kasur, Pakistan, is marked with both "Allah" and "Muhammad".[2] 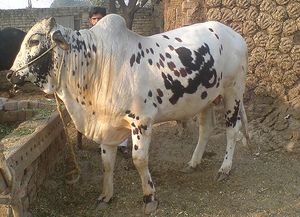 Of course, these are all classic cases of Pareidolia and it takes quite a lot of imagination to see these words in any of the above pictures.

Apparently the Christian symbol of the Cross has also appeared on a cow in Connecticut, USA.[3] 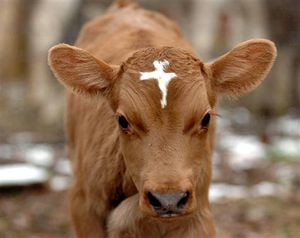 Hindu Symbol of Om on Cow

And so has the Hindu symbol of Om on a cow. 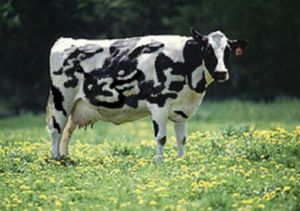 Considering the Cross and Om symbols are clearly more distinguishable than the Arabic words "Allah" and "Muhammad", do these markings persuade Muslims of the validity of Christianity or Hinduism? Of course not. Yet Muslims have built a veritable industry on such natural occurrences. For a Muslim to accept these "miracles" as a sign from Allah, they must become polytheists and accept that Christians and Hindus have also been sent similar signs from Jesus and Brahman.