Will Smith (Conversion to Islam) 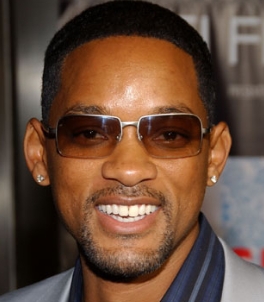 Willard Christopher "Will" Smith, Jr. (born September 25, 1968) is an American actor, film producer and pop rapper. He has enjoyed success in music, television and film. In April 2007, Newsweek called him the most powerful actor on the planet. Smith has been nominated for four Golden Globe Awards, two Academy Awards, and has won multiple Grammy Awards.[1]

It has been claimed Will Smith converted to Islam after recording a movie about Muhammad Ali.

Here's a typical version of the story:

Hollywood top actor Will Smith has embraced Islam after completing the Muhammad Ali biopic. Smith was introduced to Islam while learning about the legendary boxer's life - Islam is Ali's religion of choice. Director of the American Muslim Association of North America, Sofian Zakkout says, "Muhammad Ali is one of the best examples of Muslims in this country. He's been a wonderful spokesperson for the religion and if Will Smith can continue Muhammad Ali's work that would be wonderful." He continues, "Islam is a peaceful religion and if good people such as Muhammad and Will can carry that message then it would be wonderful. It would be a positive message for peaceful Muslims all over the world." Smith appeared at the America: A Tribute To Heroes telethon in September alongside Ali, defending Islam in the wake of the terrorist attacks in New York and Washington.

Smith started his life as the main character in NBC’s 'The Fresh Prince of Bel-Air' series. Later he ventured into movies where the critics took note of him in Six Degrees of Separation (1993), Bad Boys (1995) and Independence Day (1996).

Here's a quote from Will Smith after he allegedly became part of the Church of Scientology.

"Jada and I don’t necessarily believe in organized religion."

"I was raised in a Baptist household and my grandmother would get up out of her casket (if I became a Scientologist)."

source
During a press Conference in South Africa in the Montecasino Palazzo Hotel in Gauteng Will was asked the following question by Ridwaan Hendricks:

"Is it it true that Will Smith converted to Islam?"

To which Will Smith responded: