Islam arose in 7th century Arabia, and as such its appearance bears the markings of its ancient Arab and Near East milieu.

Islam casts itself as being in the prophetic tradition of Abraham, Moses, Eijah, Isaiah, and Jesus and his disciples (indeed, besides Biblical stories the Quran has many Parallels Between the Qur'an and Late Antique Judeo-Christian Literature). Yet many aspects of the religion either show the influence of or are plainly holdouts from the ancient religion of the Arabs in antiquity. 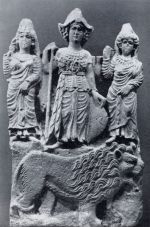 Many of the features and rituals of contemporary Islam find their precedent not in the Judeao-Christian tradition but rather in pre-Islamic Arabian religion.

The Black Stone is a fixture of Islam's pilgrimage ritual, but already according to the Islamic tradition itself it was a center of ancient pagan religion in Arabia.

The discovery of the magic well of Zamzam is attributed to the prophet Ibrahim in the Islamic tradition, yet in fact the well was a focal point of cultic activity in ancient Arabian pagan religion. 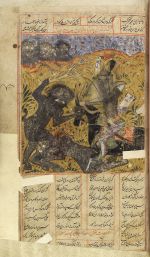 The Jinn, mystical beings which are neither demons nor angels, make an appearance in the Islamic tradition but have no antecedent in the Judeao-Christian tradition, but rather find their origin in pre-Islamic pagan Arabian religion.

The Formation of the Qur'an and Classical Arabic

The Qur'an, and with it the classical Arabic language took place during this period. Before the rise of Islam, Arabic did not have one standardized script or grammar, and various dialects were written in various scripts such as Nabatean Aramaic, Syriac, Greek, and many others. The writing of the Qur'an coincided with the crystallization of the modern Arabic script, and the history of the Arabic and its script are deeply interwoven with the history of the Qur'an.

Textual History of the Qur'an

The Qur'an was never put down to writing as a single book during the prophet's lifetime. According to the Islamic sources the impetus to put the Qur'an to writing came from the death of many of the Muslims who had memorized it.

Many of the chapters of the Qur'an begin with mysterious combinations of letters whose function remains unclear to this day.

Early Arab tribal politics and culture had a huge impact on the development of Islam.

Cosmology of the Quran

The cosmology of ancient Mesopotamia was carried on in the Qur'an, though with some innovations. 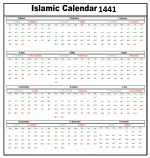 The months of the Hijri calendar find their origins in the pagan calendar of the pre-Islamic Arabs.